OUR MOST POWERFUL WEAPONS

We strive for excellence in every step and work to make things happen.

Every day we build customer trust and strengthen the loyalty of our troops.

We have an innovative approach, which is why we are constantly moving forward.

We believe in an international team, we benefit from cultural diversity.

We support the communities in which we work and live and strive to make the world a better place.

My name is Jan Nedělník and I have been with Comdata since 2011. I started as an active line operator, then supervisor, then manager of the back office department. Over time, through various positions, I rose to the current CEO of Comdata Czech and Hungary, where I am responsible for the results of the entire company in the local market. Outside of work I enjoy badminton, skiing, volleyball, books, and most of all a great family.

Head of Sales and Marketing

My name is Adam Koudelka and in 2009 I started my journey in customer service as a Call Center Support Manager and since then I have worked my way up through several positions across the sector. This has given me a lot of experience from different perspectives. Since 2018, I am responsible for the sales and marketing department and business unit at Comdata. I studied applied cybernetics in Hradec Kralove so a bit of IT stuff has a place in my history.

My name is Lenka Volocká and I work at Comdata as Head of HR. I graduated from VŠB - TU in Ostrava, majoring in Marketing and Business. I have been in marketing my whole career and for the last few years I have been intensively involved in a specific area - HR Marketing. Currently I am leading a team of HR specialists in the Czech Republic and Hungary. An essential part of my daily work is creating recruitment strategies. And what do I like to do? Sports, a good book, music and my children.

My name is Petra Smejkalová and I am in charge of finance at Comdata. I graduated from the University of Economics in Prague (not finance, but international business and human resources management) and I also have a bachelor's degree from the Faculty of Philosophy at Charles University. In my free time I like to read and learn foreign languages. I even boast a collection of foreign language textbooks.

My name is Radek Šlang and I joined Comdata in 2012 as Scheduling Coordinator. Since then, I have moved through various positions and currently I am the Head of IT, where I work with a team of IT specialists taking care of IT infrastructure, telephony, application portfolio and end users. I studied Telecommunications and Electronic Equipment in Pardubice. In my spare time I like to travel, ride a motorcycle and play squash and go to the fitness center.

My name is Javier Ortega and I have lived in the Czech Republic for over 10 years. I work at Comdata as Business Unit Director. I graduated from Escuela Bancaria Comercial in Mexico City with a degree in Marketing. I am an early bird and I love sports. I also love food, I eat almost everything (except chocolate and seafood). I like listening to music especially rock. My favorite band is Metallica.

My name is Roman Hrbek and I've been with Comdata since 2014. I started as an operator and gradually worked my way up to the current position of Business Unit Director, where I am responsible for one of the divisions in the Czech Republic and Hungary. When I'm not working, I like to spend time with my wife and dog or do photography.

My name is Josef Jon and I joined Comdata in 2021 as Business Unit Director. I have been in the call center industry for almost 20 years, working in care, customer satisfaction, sales, digital lead generation and customer retention. I am in charge of the multi-sector division where I can apply my experience with both B2C and B2B customers. In my spare time, I enjoy my family and winter sports.

We enter Hungary and open our first office in Budapest.

We are starting to work with the Czech government, actively helping to manage the global pandemic on government lines. We are moving to a work-at-home model.

We set up the social enterprise Comdata PRO to support the employment of people with disabilities and disadvantages.

At the beginning of the year, we take over part of the Ostrava branch of Conduent and grow by 50 employees.

With the purchase of the call centre ComGate a.s. we are expanding by 3 branches in Hradec Králové, Trutnov and Žďár nad Sázavou.

2017 - The most successful year in history

In 2017, we had record profits and became the first commercial entity in the Czech Republic to become a consumer credit intermediary.
In April, we also expanded our branch in Krnov.

In 2015, we merged with Comdata to form the unified company Comdata Czech a.s.

In 2014, the Czech part of Atento is acquired by the Comdata Group.

We are expanding with a new branch in Chrudim, which is successfully involved in key projects.

Comdata enters the Czech Republic and establishes a branch in Ostrava.

The Spanish group Atento invests in our company and we continue as Atento CR. The following year we open branches in Brno and Liberec.

In 2004 and 2005, we started working with Telefonica O2 and HC. Now both are our stable and long-term partners.

In 2000, the first commercial call centre in the Czech Republic was established.

International award for innovative projects that take customer service to a new level. 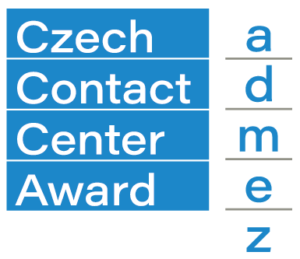 The website is operated by Comdata Czech a.s. who, as the controller of personal data, uses cookies on this website to improve user experience, analyse traffic and target advertising more accurately. You can find more information here:

This website uses cookies and other network identifiers that may contain personal information. Together with our partners, we have access to this data on your device or store it. This data helps us to design and improve our services and develop new services for you. We can also recommend content and display advertising based on your preferences. Your consent is required for some purposes of processing data obtained in this way,

These cookies are essential as they enable you to use the site. This category cannot be disabled.

This tool by Google allows us to collect statistical data about the users of our website. Using this service, it is possible to track current and past traffic, user behaviour and characteristics; conversions, sales and more.